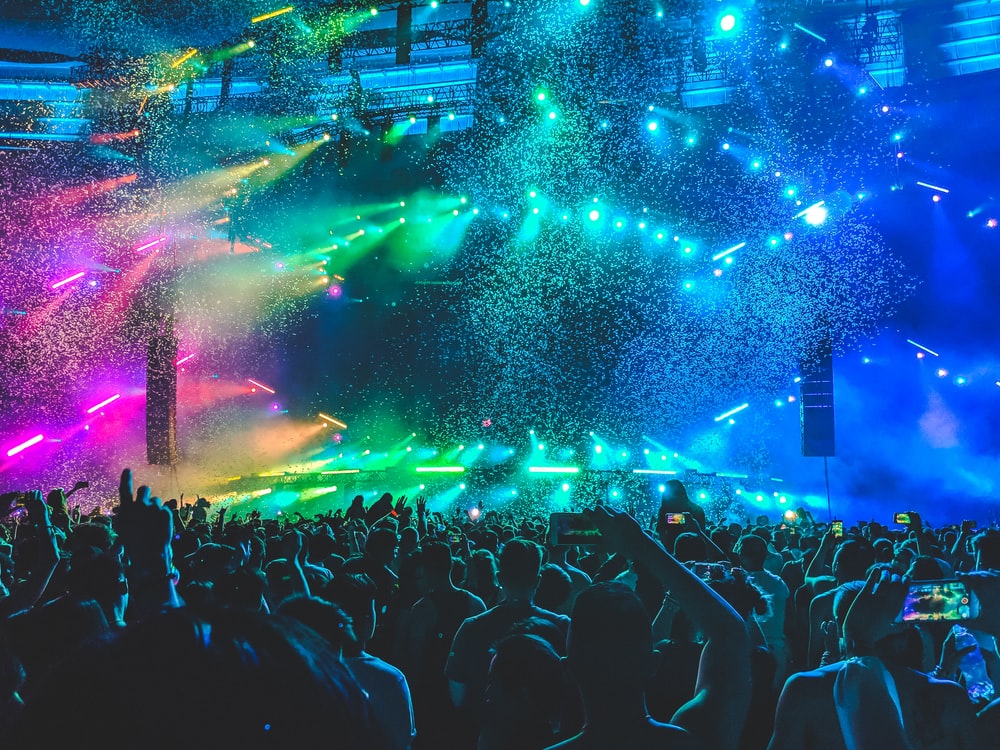 A concert designer’s job is to plan and execute lighting effects that convey a specific mood or concept, illuminate the performer, and engage an audience. With access to the best equipment and knowledge of advanced techniques, today’s Concerts in Los Angeles has become very sophisticated. Concert designers must be familiar with a variety of lighting equipment and often take years to master the art of illuminating a large production. Below is an overview of some of the lights most commonly used by concert designers.

Floodlights & spotlights are the two primary types of stage lights. Floodlights generally produce a wide beam that can illuminate large stage areas while spotlights produce and narrow, more focused beam. There are several sub-categories of both floodlights and spotlights as well as some lighting equipment that falls in between the two categories.

PAR (Parabolic Aluminized Reflector) lights are a type of floodlight often used for rock concerts in Los Angeles. This lamp produces a large amount of flat light that comes from a unit that resembles an empty paint can. PAR’s are often used in conjunction with smoke or haze effects. The benefits of PARs are that they are lightweight, portable, and low cost.

Strip lights are strips of lighting housing containing many lamps. Typically, these are used to illuminate wide areas of a stage, such as a back curtain. While colors for lighting are often achieved by “gels” or colored plastic lens, strip lights use glass gels, or “roundels” to produce colored effects. One of the main advantages of this type of illumination is that a separate electrical dimmer circuit can control each lamp.

LED Lights are another popular concert element. Because this type uses light emitting diodes, or LEDs, rather than halogen lamps, they can produce light while consuming less power than traditional stage illuminating equipment. Popular with concert designers, LEDs are able to produce a wide range of vibrant colors to create interesting effects.

Spotlights are also essential to concert production. They produce an intense beam that can illuminate an entire stage. These lights come in several varieties, each with unique properties. Fresnels are smaller fixtures that produce a pool or a concentrated, but soft edged spot. Profile lights are most similar to what people associate with traditional spotlights. Their convex lenses produce a sharp beam that can be formed into different shapes of an insert called a gobos. Finally, PC’s, or Pebble Convex lanterns use convex lenses with a pebbled effect that produce a concentrated spot with little “spill” outside the target.

An excellent concert lighting designer is familiar all equipment mentioned here in addition to much more advanced equipment. More importantly, they know how to plan and execute lighting for a 2-3 hour concert with the utmost precision and creativity.

Those who excel in the art of concert lighting have the privilege of working with top touring artists such as Motley Crue and Maroon 5. One example of a live concert video production company that is putting their name on the craigslist tampa is Daddy Van Productions, based out of Austin, Texas.…